Interview with Davy Michiels: Deployment of 4.6 Million OMS-based Smart Meters in the Flanders

Would you tell about yourself and your role in the company.

Davy Michiels: “After a 10-year career in the telecom industry, I joined Eandis in 2010, working mainly on smart meter and smart grid related projects. As a Project Manager, I’m now responsible for the supply and deployment of smart metering, using new technologies. My objective and target is to put in place a smart metering solution that will offer the best service to our end customers.”

What was the role of the regulator in the decision of Fluvius for the smart meter rollout?

Davy Michiels: “The role of the regulator (VREG) is important. During our pilot project, the regulator carried out Cost-Benefit-Analysis (CBA), as described by the European Commission. In 2015 regulators and the Flemish government reactivated the CBA with new available technology, leading to a positive decision for deployment of smart “digital” meters as of 2019.”

What will be the benefit of the smart meters for Fluvius and the consumers?

Davy Michiels: “Smart metering gives the customer more details about energy consumption. We want to create an ecosystem where companies can develop new applications and services, using such data to control the energy consumption in-house, local electricity production and storage.”

How long should the rollout take and when will it start?

Davy Michiels: “We will start in 2019, deploying 4,6 million electricity and gas meters over a period of 15 years. First target groups are connections with local production (PV) and prepayment customers.”

You said that gas and electricity are planned, what about water and heat?

Davy Michiels: “Water and heat is technically possible in our solution, based on integrating M-Bus and OMS components. It’s one of the reasons we have chosen the OMS technology to be able to extend the solution to other metering and energy types when needed. As the charging of an electrical vehicle at home will require a second electricity meter, we also consider an electricity meter (secondary meter) that will use an M-Bus interface according to OMS.”

Davy Michiels: “Yes, future evolutions will need flexibile services. It is very probable that for charging your electrical vehicle, you will have a different contract than the one for your home.. This second contract will also allow your friends and family visiting your house the ability to charge their own car using new payment mechanisms in place. That’s also one of the reasons for us why we have chosen open standards and especially why we looked at OMS. OMS really makes the difference here as more applications and use-cases are described in the specifications. It's more application oriented than other technical focused standards.”

Have you considered other standards and why did you choose for OMS?

Davy Michiels: “Yes, we did several proofs of concept and pilot projects where we experienced a lot of technologies, such as PLC, point-to-point connection and ethernet based meters with a direct communication connection. However in the end OMS/M-Bus is the leading standard on the European continent for the gas meter industry. Next to the availability of the communication standards, we also need to be sure that enough manufacturers can manufacture and deliver according to these standards to secure our supply chain. Installing the meter is one part and the support, and care during the life time of the project is equally important. For this reason, as a utility we make the clear choice for open standards instead of vendor-proprietary implementations. A second very important reason to choose open standards, maintained by associations with multiple and different members is – according to our analysis in the past ten years – that security options within these open standards are much better organized than vendor-specific implementations.”

How important is interoperability for you?

As Fluvius you were the first in Europe, requiring remote firmware upgrade functionality in gas meters … already in your pilots.

Davy Michiels: “Once again they're driven by security. The firmware upgrade on all types of digital assets is really key because when you include software components you need to be able to control it and be able to implement higher security levels, however even before that, be able to fix certain security bugs or leaks which might occur. If you cannot change the software remotely and you detect even the smallest issue or security bug, all such assets need to be replaced, so there's a reason why for all digital assets, we need them to be future-ready and have the firmware upgrade functionality as a mandatory item. Fortunately now available on all types of meters, we have overcome the need to physically replace the meter which allows us to fix security issues. On top it allows us also to introduce or adapt certain new functionalities later on. As you can see, the energy world and the world of DSO is changing.”

What about certification? You know, there is a certification possible – shortly also for OMS 4.1.2. Will you use it?

Davy Michiels: “Yes, Fluvius will ask for (OMS 4.1.2) certified products as soon as the certification tests will be written and ready for use. Having selected this specification, product certification is the final evidence to guaranty interoperability. We really have chosen the path for the open standards – OMS-based – to really follow this and avoid any propriety influence.”

Fluvius is also a very active member of the OMS association …

Davy Michiels: “Our choice for open standards is generally applicable for electricity meters and gas meters. For the electricity meter, we have chosen the DLMS protocol and its IDIS companion standard. For the gas meter, we opted for the M-Bus protocol with its OMS companion standard. When we became a member of OMS 3 years ago, we found that some use cases were missing for the Belgian market. With an active participation of our experts in the working groups, we filled those gaps. The goal is not only to just create specifications but also to shorten the development time. Once there is a good specification it’s much easier for a meter manufacturer to develop a product according to these specifications and with a much shorter time to market.”

Do Fluvius plan to stay a member of OMS? What is for you the advantage of being a member of the OMS-Group?

Davy Michiels: “We plan to stay a member of OMS, but we are also actively participating in other standardization organizations. It's giving our engineers an eye on and giving access to ongoing market developments. It allows us to interact with vendors and meter manufacturers; to really learn and understand what's going on and what will evolve in the future. On the other end, it allows us also to bring in our functional needs with the goal to incorporate them in the open standards. It's important that we have this interaction with the market, with vendors because when we have special requirements and we notice that nobody in the association is interested, this requirement might not be market compatible. That’s the reason why we really want to interact with specification organizations like OMS – to really feel how feasible it is and what's possible and what's not.” 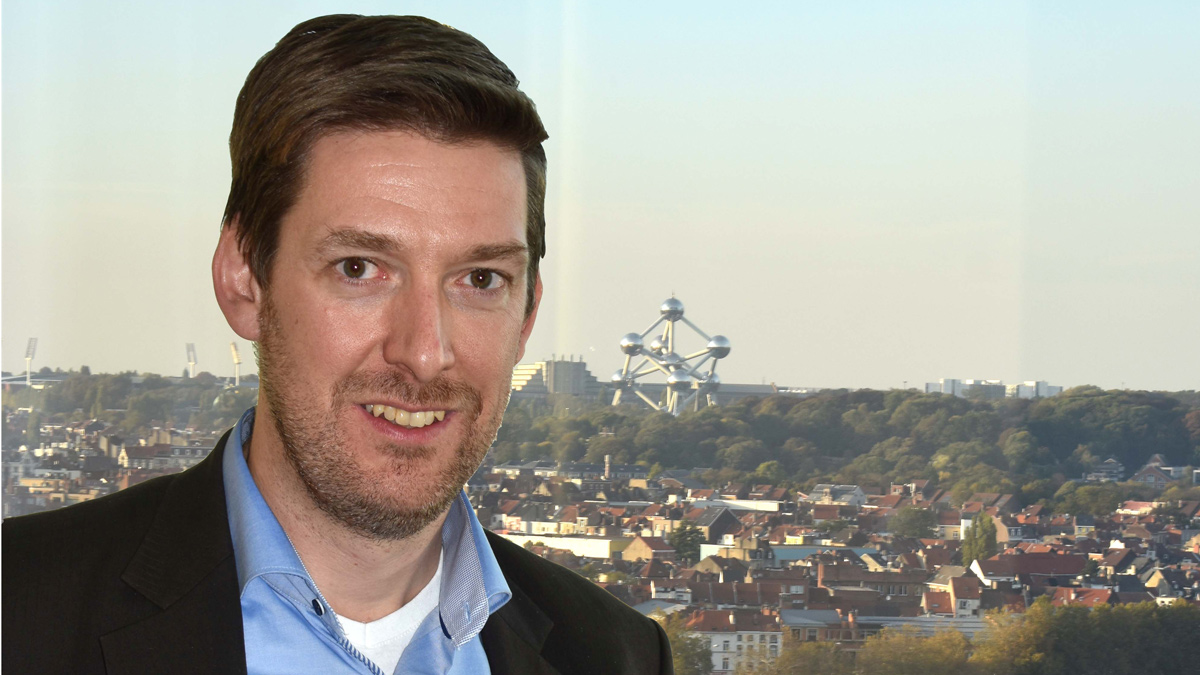 Davy Michiels is responsible for the rollout at the Belgian network operator Fluvius. Photo: MarDirect 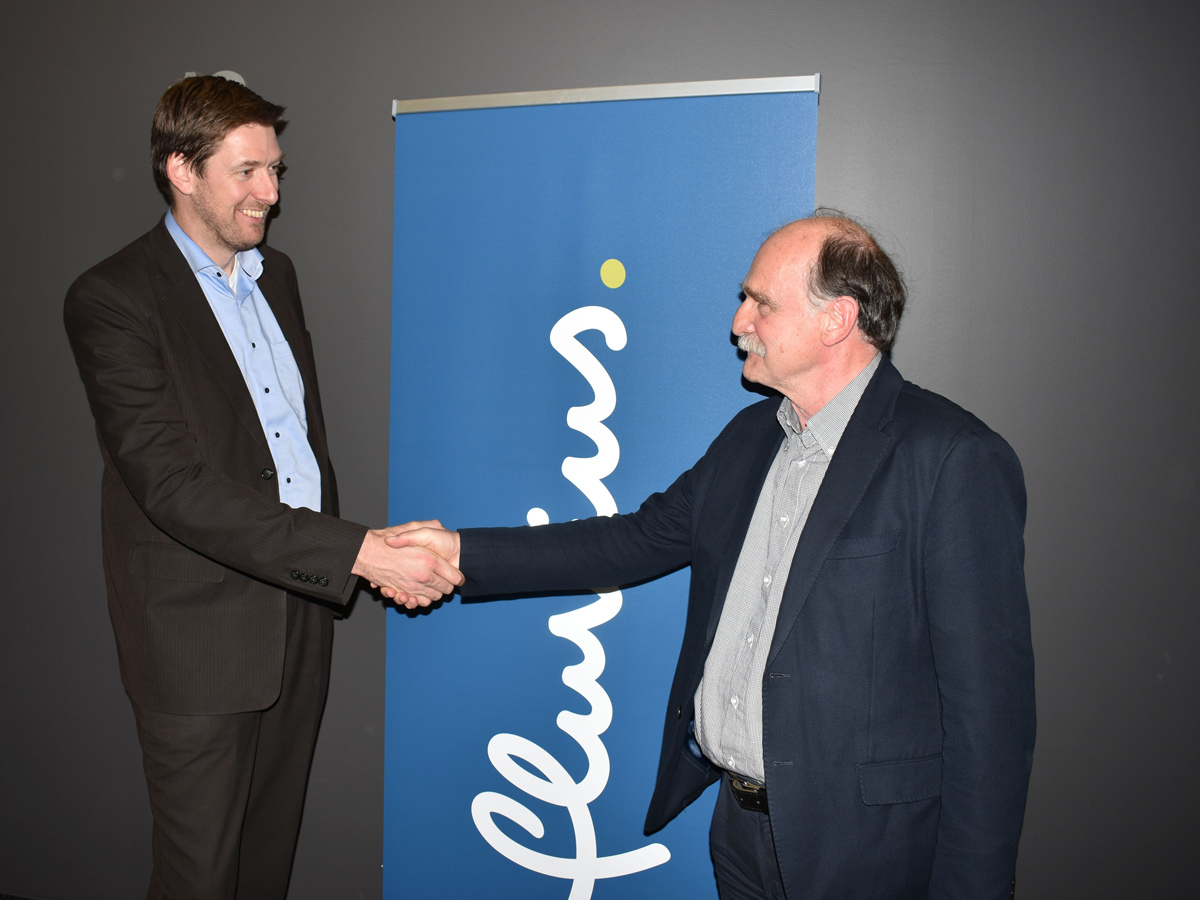