New Members on the Executive Board of the OMS-Group

Frankfurt/M., 04.12.2018 – With two new Executive Board members, the OMS-Group paves the way for interoperable metering. The General Meeting confirmed Professor Dr. Axel Sikora from the Offenburg University and Volker Eck from the Erfurt measuring instrument manufacturer Qundis as new members of the Board of the OMS-Group e. V.

Andreas Bolder (METRONA Union), Wolfgang Esch (WEPTECH), Jürgen Frech (Landis + Gyr), Gotthard Graß (figawa), Carsten Lorenz (Honeywell Elster), Heinz Lux (KNX) and Hermann Trottler (DIEHL Metering) were also confirmed on the Executive Board. Andreas Bolder, previously the 2nd Spokesman of the Board, has succeeded Dr. Werner Domschke. Dr. Werner Domschke left the Board and was thanked for his contribution. Johannes Hauck (Hager SE) is also no longer a member of the Executive Board, so that the Board team of the OMS-Group continues to be made up of nine people.

A sign of confidence in the old and new management team was the high level of participation. Ten years ago, the association was inspired to develop its specification for open meter communication into an attractive reference in smart metering. Many of the now 58 members from 15 countries worldwide travelled to Frankfurt to cast their votes. The new Executive Board will manage the fortunes of the OMS-Group until the next appointments in autumn 2021. 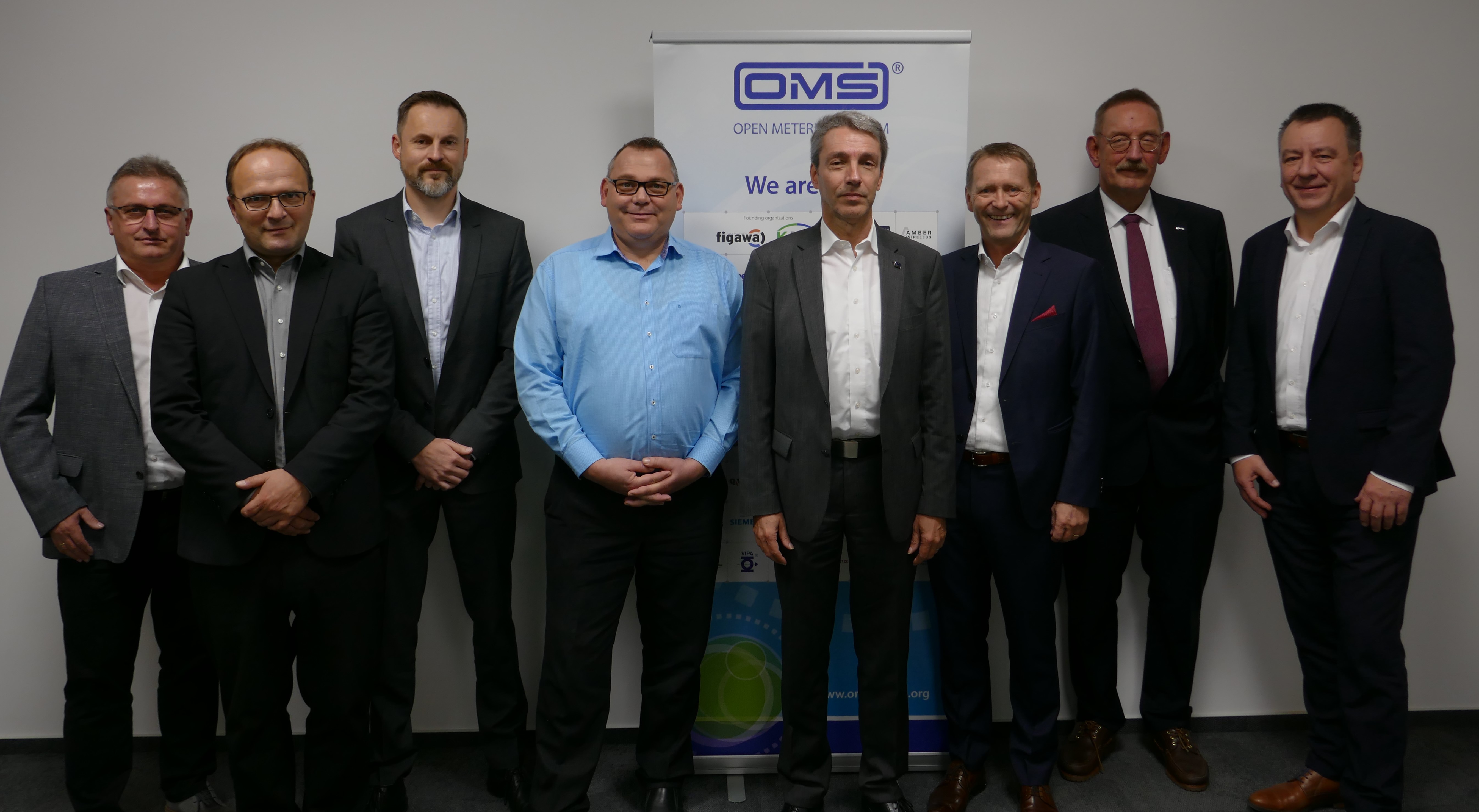