Cologne, 14.01.2019 – The rollout of thousands of smart meters and gateways will start in Germany in early 2019. The "OMS Conformance Test Tool" provides metering point operators with the fastest and easiest way to pre-secure the OMS compatibility of their planned equipment.

The first certification of a smart meter gateway was announced by the German Federal Office for Information Security (BSI) in December 2018. The “market declaration” is now expected in the first quarter. The OMS-Group therefore anticipates an increased demand for OMS devices from metering point operators in charge of the rollout and responsible for the validation and installation of smart meters and gateways.

"With our tool, we provide metering point operators with everything they need to check the OMS compatibility of smart meters before the rollout. Tested and certified quality stands for a smooth interaction with the gateways", reported Jörg Feuchtmeier (Diehl Metering), head of the OMS Working Group Testing Norm. With this "OMS Conformance Test Tool" it can be guaranteed in advance that all devices will be compatible with one another. This interoperability is the technical prerequisite to easily carry out a manufacturer-independent rollout without major delays.

The OMS Test Tool is used as an official test tool by the certification laboratory and serves as an OMS reference. "With the OMS Conformance Test Tool, manufacturers successfully check OMS compatibility in advance of the regular tests. The OMS-Group now also offers this tool to all users of OMS devices who want to verify the compatibility in an early stage," says OMS board member Wolfgang Esch (WEPTECH elektronik).

The OMS-Group e. V. specified Open Metering System is the only open and license-free communication standard in Europe for the metrological recording and transmission of consumption data by means of smart meters for media electricity, gas, heat and water including submetering. OMS Generation 4 also complies with BSI's data security guidelines for remote meter reading in Germany. Over a dozen of the more than 50 members of the OMS-Group will present their interoperable meter solutions at the "E-world energy & water" (5–7 February 2019) in Essen.

The current version of the "OMS Conformance Test Tool" can be seen from a compatibility list maintained by the OMS-Group:
redmine.oms-group.org/redmine/projects/oms-ct-compatibility-list/wiki 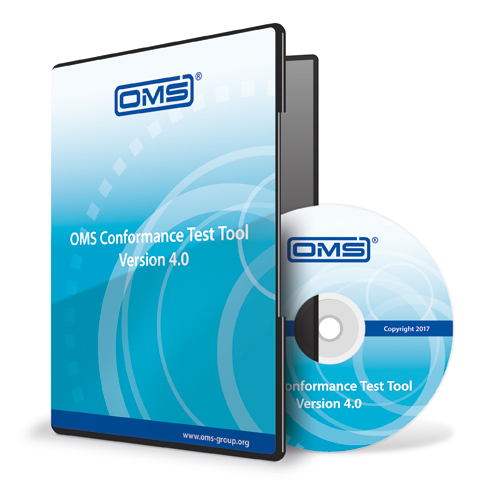